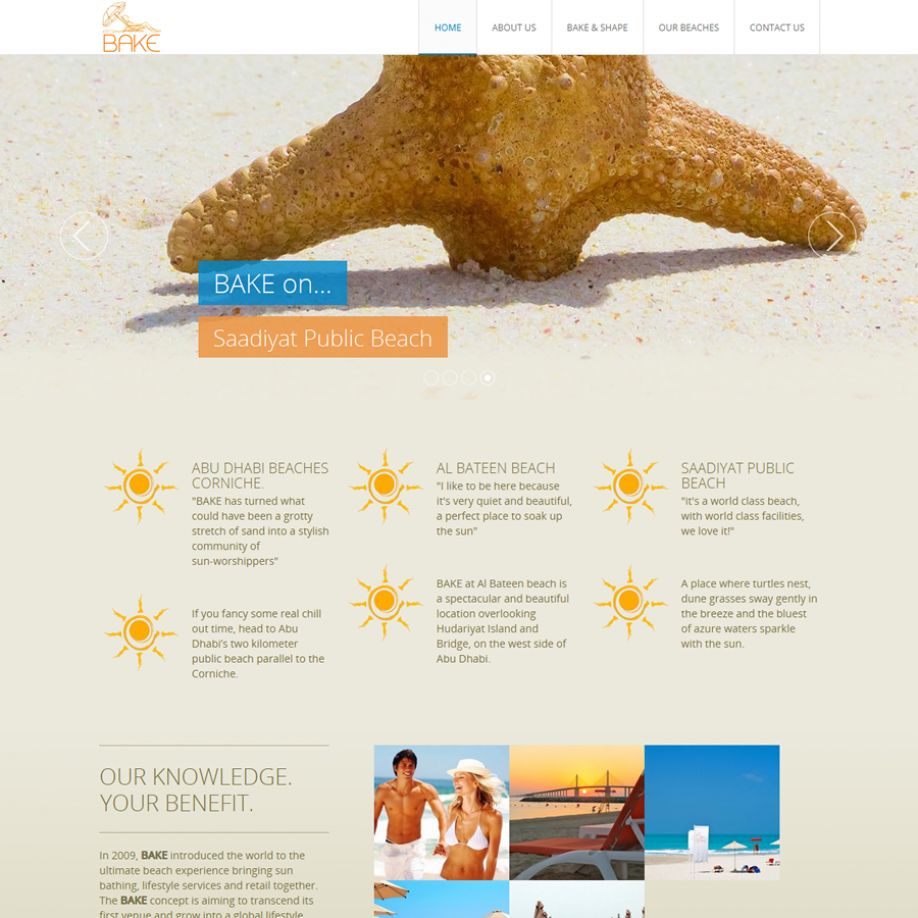 I approached Kevin many years ago when I was just about to launch BAKE. Back then I needed a very simple website , just a presence in the domain world. As the company grew so did the need to develop our site. Lucky for us, during the years Kevin had also expanded his company to offer a wide range of services including e-commerce which we were now interested in exploring. All it took, as it has been the experience with Kevin over the years, was a two hour meeting and the rest was done. He understands my vision and with his experience and knowledge I always feel confident to just send him the content knowing that all will be taken care of. This is exactly what makes working with Kevin and The Zoo group so enjoyable.

Several years ago Sharis Shiribabadi of BakeUAE was launching her new business, she approached us to have her site built, and after a few discussions the work was started, a few weeks ago Sharis asked us to re-develop the site and once again we were happy to help.

We wanted the site to reflect the nature of Sharis' business, including the warm colours of the Gulf Sea and the golden brown sands of the Abu Dhabi beaches she manages and the rich oranges of the logo we originally designed.

Choosing from both stock images and the fabulous photos Sharis supplied we are happy with the results and think it matches BakeUAE's philosophy perfectly, we hope you agree.